The North American Menopause Society writes that menopause is a normal, natural event, defined as the occurrence of the final menstrual period.  It takes place on average, around the age of 51.  Regarding the vital role of magnesium, the University of Maryland Medical Center says that magnesium levels in the body tend to decrease during menopause due to the lowered levels of estrogen.

Restoring magnesium to a healthy level can not only help to reduce menopause symptoms such as insomnia, hot flashes, depression, osteoporosis and anxiety, but it can also help to increase the health of a woman’s organs and her overall health.  Magnesium is one of the most vital minerals and is involved in over 300 functions in the body.

Mark Hyman M.D. says: Think of magnesium as the relaxation mineral. Anything that is tight, irritable, crampy, and stiff — whether it is a body part or an even a mood — is a sign of magnesium deficiency. It is an antidote to stress…and it can help improve your sleep.”

In a study from the University of Medical Sciences in Iran, research was done with 46 adults who were experiencing insomnia.  Taking two magnesium oxide tablets twice a day resulted in significant increases in sleep time and reduced cortisol levels in the body, which is a stress hormone made by the adrenal glands that can keep one awake.

In another research study from the Human Nutrition Research Center of the U.S. Dept. of Agriculture, scientists found that a high magnesium diet is associated with deeper, less interrupted sleep.  The best magnesium-rich foods to eat include dark leafy greens (spinach, chard), nuts and seeds (particularly pumpkin seeds), fish, avocado and fruit.  Bananas and figs are good sources.

Hot flashes and night sweats are the most common complaints in the pre-menopause and menopause time.  Mineral supplements such as magnesium and calcium have been shown to remedy these and provide relief.  One example is a study from the Virginia Commonwealth University Health System.  Women with at least 14 hot flashes a week received 400 milligrams of magnesium oxide for 4 weeks, increasing to 800 mg. per day if needed.

At the end of the study, the magnesium supplements had reduced their frequency of hot flashes from 52 to 28 per week, a 41.4% reduction.  Fatigue, sweating, and distress were also significantly reduced.

The women participating in the study were breast cancer survivors, thus they were unable to take the usual hot flash medications that have estrogenic activity such as hormone replacement or soy supplements.  Many women, breast cancer survivors or not, prefer to take a non estrogen-active natural remedy for hot flashes and night sweats, and the researchers concluded that magnesium appears to safely reduce hot flashes, with few side effects and at minimal cost.

Women after menopause may find themselves with thinner bones, osteoporosis and a larger waistline.  One recent study from Spain involved a study of 78 post menopausal women aged 44 to 76.  The researchers sought to discover a relationship between magnesium deficiency and a risk for obesity and osteoporosis after menopause.  Blood tests were taken to determine their magnesium levels.  The scientists found that magnesium consumption (from magnesium-rich sources) was insufficient in 36% of the women and that 72% had deficient levels of magnesium in their blood.

The study results found positive correlations between magnesium intake and a smaller waist.  Higher magnesium levels in the blood were also correlated with lower cholesterol levels. With 38% of the subjects in the study being overweight, the researchers noted the importance of postmenopausal women maintaining a good intake of magnesium in order to prevent deficiencies and degenerative physical conditions.

One supplement shown to be effective for insomnia and hot flashes is Sleep Minerals II from Nutrition Breakthroughs.  This formula contains highly absorbable magnesium and calcium, the best minerals for sleeplessness and insomnia, as well as for menopause insomnia, heart health, restless legs syndrome and bone strength.  It also includes vitamin D and zinc and is delivered in a softgel form with healthy carrier oils, making it more quickly absorbable than tablets or capsules and providing a deeper, longer-lasting sleep.

Anita L. of New Caney, Texas says: “I was having hot flashes every 30 minutes to an hour through the night and was so miserable.  After about two weeks of taking the Sleep Minerals, I noticed an incredible difference with my sleep.  I have much less interruption from flashes, I’m sleeping much better and I’m a lot more comfortable.”

Sadie D. from The Netherlands says: “I am ever so grateful that I discovered Sleep Minerals II after suffering with premenopause and now the real menopausal insomnia.  I felt like I was slowly losing my mind due to the continual lack of sleep.  I can’t express the relief of getting a good night’s sleep and being able to function properly.”

A healthy plan is to make good use of magnesium-rich foods and supplements for effective, natural relief of menopause symptoms.

This natural health news is provided by Nutrition Breakthroughs, a publisher of nutrition articles and supplier of effective natural remedies since 2001. Nutrition breakthroughs makes Sleep Minerals II, the effective natural sleep aid with calcium, magnesium, zinc and vitamin D, and also Joints and More, the natural solution for joint relief, aches and pains, stronger hair and nails and more energy. 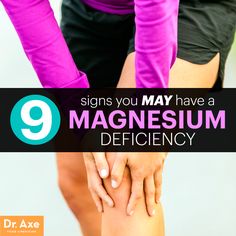 Magnesium is one of the most vital minerals for good health. It’s involved in over 300 functions in the body and is a required partner for enzymes which allows them to do their job.

Enzymes are high-energy protein molecules that are the spark for positive reactions in all the cells of the body and magnesium helps to provide the spark. A deficiency of magnesium can result in muscle aches and pains, leg cramps, fatigue, insomnia, migraine headaches, restless leg syndrome, bone loss, anxiety and high blood pressure.

Osteoporosis
From the journal of Biology and Trace Element Research comes a study showing that magnesium prevents bone loss in postmenopausal women. The women were given magnesium citrate for 30 days and at the end of the trial, the structural collagen in their bones increased and bone loss was halted.

Insomnia
In a study from the University of Medical Sciences in Iran, research was done with 46 adults who were experiencing insomnia.  Taking two magnesium oxide tablets twice a day resulted in significant increases in sleep time and reduced cortisol levels in the body, which is a stress hormone that can keep people awake. In another research study from the Human Nutrition Research Center of the U.S. Dept. of Agriculture, scientists found that a high magnesium diet is associated with deeper, less interrupted sleep.

High Blood Pressure
Hypertension or high blood pressure is a leading cause of stroke. A stroke happens when the blood supply to the brain is reduced, which causes damage to brain cells. The American Journal of Clinical Nutrition analyzed the role of magnesium in preventing stroke and found that taking magnesium each day reduces stroke risk by 8%.

Restless Leg Syndrome
A study from the Journal “Sleep” showed positive results for restless leg syndrome. Magnesium was administered orally in the evening over a period of 4-6 weeks. Following magnesium treatment, restless leg movements associated with waking in the night decreased significantly. The researchers said: “Our study indicates that magnesium treatment may be a useful alternative therapy.”

Migraines
Studies have found that people with migraine headaches have low concentrations of magnesium in their body. The word “cephalalgia” literally means head pain or headache. In a German study of 81 migraine patients published in the journal “Cephalalgia”, 42 percent of the people taking oral magnesium reduced both the duration and intensity of their migraine attacks. They also reduced their reliance on medications to control migraines.

One supplement shown to be effective for insomnia and pain is Sleep Minerals II from Nutrition Breakthroughs.  This formula contains highly absorbable magnesium citrate and calcium citrate, the best minerals for sleeplessness and insomnia, as well as for heart health, restless legs syndrome, bone strength and menopause insomnia.  It also includes vitamin D and zinc and is delivered in a softgel form with healthy carrier oils, making it more quickly absorbable than tablets or capsules and providing a deeper, longer-lasting sleep.

Magnesium is more than a magnificent supplement. It’s a vital natural measure that can be used to maintain or restore one’s good health. For more information, visit the Sleep Minerals II page.

What qualities make magnesium such an essential mineral, required by the body for literally hundreds of its functions? One key feature of magnesium is that it’s a partner or “co-factor” with enzymes that allows them to do their work.

Enzymes are energized protein molecules that initiate chemical reactions inside the cells – orchestrating life’s processes in every organ, gland, tissue and cell.

According to the Human Nutrition Research Center of the U.S. Dept. of Agriculture, one of the main symptoms of magnesium deficiency is chronic insomnia, restless sleep and frequent awakenings during the night. In one of their studies, a diet high in magnesium contributed to deeper sleep with fewer interruptions.

Another study from the University of Medical Sciences in Iran was done with 46 adults who were experiencing insomnia. Two magnesium tablets twice a day (250 mg. each) resulted in significant increases in sleep time and reduced cortisol levels in the body, which is a stress hormone that can keep people awake.

Hot flashes and night sweats are common symptoms of premenopause and menopause. Regarding magnesium for menopause, a study was done at the Virginia University Health System. Women who experienced hot flashes many times per week received 400 milligrams of magnesium for 4 weeks — increasing to 800 milligrams per day if needed. At the end of the study, the magnesium supplements had reduced their frequency of hot flashes by half. Fatigue, sweating, and distress were also significantly reduced.

Magnesium is also magnificent for the heart. In a study from the American Journal of Clinical Nutrition, research scientists examined data from thousands of women over the course of a 26-year follow up period. The women who consumed the highest amounts of magnesium had a 34% reduced risk of sudden cardiac death. Another study from the journal “Circulation” found that magnesium supplements allow people with heart disease to exercise for longer times and it actually helps repair the ability of blood vessels to open up.

Supplements with well-absorbed forms of magnesium are becoming increasingly popular for those with insomnia. One of the more effective sleep aids is Sleep Minerals II from Nutrition Breakthroughs. It contains calcium and magnesium in combination with vitamin D and zinc. The minerals and vitamins are formulated in a softgel with healthy oils; creating a creamy paste inside that results in quick absorption and a deeper, longer-lasting sleep.

Magnesium is one of the super-heroes of natural remedies. This health news is shared by Nutrition Breakthroughs, maker of the original calcium and magnesium based sleep aid Sleep Minerals II. For more information on the many benefits of magnesium and calcium, visit the Sleep Minerals II page.