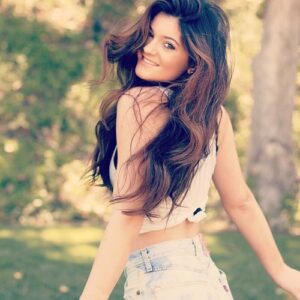 Millions of people worldwide would like to have stronger, longer, more brilliant looking hair and nails.  There are very few nutritional supplements supported by research studies showing they help hair growth and nail strength, but MSM for hair growth is one of them.

According to the book “The Miracle of MSM” by doctors Jacob and Lawrence, “MSM is one-third sulfur and sulfur has the reputation for being nature’s ‘beauty mineral’ for keeping the hair healthy and the complexion youthful.”

MSM sulfur (methyl-sulphonyl-methane) is a white, odorless, water-soluble element found in nature and in foods such as milk, fresh fruits, vegetables, seafood and meat. It is especially high in eggs, onions, garlic, asparagus and broccoli.  Sulfur has a long tradition of healing and throughout history, doctors have prescribed mineral hot springs rich in sulfur to their ill patients.  Food processing methods such as heating, washing and freezing, all deplete MSM in foods, making daily replenishment beneficial.

While MSM is best known for its arthritis and pain relieving benefits, it also helps to form keratin, which is the main protein found in hair, nails and skin.  The ‘beauty mineral’ study was published in Total Health Magazine and was named: “MSM – Increased Hair Growth, Nail Length and Nail Thickness”.  It was conducted by Ronald M. Lawrence, M.D.

The hair trial involved a total of 21 patients; 16 women and 5 men. Data was collected by certified cosmetologists under the doctor’s direction. The trial measurements included hair length, brilliance, and diameter of the individual hair shafts using industry standard measurement scales. All subjects that supplemented with MSM were impressed with the changes in the health and appearance of their hair. The cosmetologists could literally see which participants had taken MSM for hair growth by the appearance of their hair alone after six weeks of use.

A second placebo-controlled trial, conducted simultaneously, showed that 50 percent of the subjects on MSM showed increased their nail length, nail strength, and nail thickness compared to the group on placebo. Dr. Lawrence says: ”Based on the results of the two trials, we concluded that oral supplementation with MSM is a valuable addition to hair and nail growth. Hair and nail health was significantly improved in a short term of six weeks.”

One example of a natural remedy that contains all the benefits of MSM is Joints and More from Nutrition Breakthroughs.  Joints and More is made from “organic” sulfur (meaning coming from living things) and is a 99% pure, simple molecule, indistinguishable from a molecule of MSM found in nature.

Stanley Jacob, M.D. the co-discoverer and ‘Father of MSM’ says: “MSM is a surprising supplement.  When you start taking it, you may notice a number of good things happening in your life in addition to natural pain relief, natural joint relief, and allergy relief – such as more energy, cosmetic benefits such as softer skin, thicker hair and stronger nails; as well as decreased scar tissue and relief of constipation.”

For more information, visit the Joints and More web page.

Can MSM be used for hair growth?

Yes it can. The ‘beauty mineral’ study was published in Total Health Magazine and was named: “MSM – Increased Hair Growth, Nail Length and Nail Thickness”. It was conducted by Ronald M. Lawrence, M.D. At the end of six weeks of use, the cosmetologists could literally see which participants had taken MSM for hair growth by the appearance of their hair alone.

MSM for hair growth how much to take?

Stanley M. Jacob, M.D. says “It’s best to take MSM during or after meals. Over the years, thousands of patients have experienced healing benefits by taking 2,000 to 8,000 milligrams of MSM a day.” (This would be 2 to 8 capsules containing 1,000 mg. each). Start slowly by taking 1 capsule per day and increase as your tolerance allows. If you overdo it, you may develop stomach discomfort or more frequent, looser stools. Just cut back if this happens. Avoid taking MSM in the evening as it can increase one’s energy. 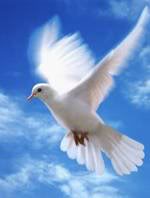 Arthritis is a degenerative joint disease that causes a breakdown of cartilage in the joints. It causes chronic joint pain, stiffness, swelling and reduced motion, and usually affects the hands, knees, hips or spine. Two recent landmark research studies have been done that tested natural sulfur-containing remedies for osteoarthritis, which is the most common form of arthritis.

Cartilage is the tough, elastic connective tissue that coats the ends of the bones inside the joints.  When cartilage deteriorates, the bones can begin to grind together, causing pain and limitations in movement and flexibility. Up until now, anti-inflammatory drugs have been the most common treatment for arthritis symptoms, but they can have many side effects and may even worsen the condition.

Sulfur-containing compounds such as glucosamine sulfate and MSM hold great promise for people with joint-cartilage problems. They have been shown in studies to remedy arthritis and provide relief.  Sulfur is particularly concentrated in the joints, nails, skin, hair and connective tissues. MSM sulfur is a white, water-soluble element found in nature and in foods such as milk, fresh fruits, vegetables, seafood and meat. Food processing methods such as heating, washing and freezing, all deplete MSM in foods, making regular replenishment beneficial.

In one study of MSM, University of California School of Medicine professor Ronald Lawrence, M.D., Ph.D., followed 16 patients with degenerative arthritis – a form of joint disease. The patients who took MSM daily for six weeks reported an 80 percent reduction in pain. Dr. Lawrence has also conducted studies showing that MSM increases hair growth and brilliance, as well as nail thickness and length.

Glucosamine is licensed in parts of Europe as a drug, but it is widely available in the UK and USA as a nutritional supplement.  An arthritis study was published in “The Lancet” that researched the long term use of glucosamine sulphate as a natural arthritis treatment.

Researcher Jean Yves Reginster of Belgium and his colleagues discovered that glucosamine sulphate not only improves the uncomfortable symptoms of arthritis, but can protect and benefit the actual structure of the joints as well.  Both MSM and glucosamine are natural substances found in cartilage that tend to be lost as people age.

In the trial, 212 patients with knee osteoarthritis were randomly assigned 1500 mg. of glucosamine sulphate or placebo once daily for 3 years.  Researchers measured the joint space width in the knee joint at the beginning of the study and again after 1 and 3 years.  The patients on placebo had a progressive joint-space narrowing, whereas there was no joint-space loss in the patients on glucosamine sulphate.  There was reduced pain and increased function after treatment with glucosamine.