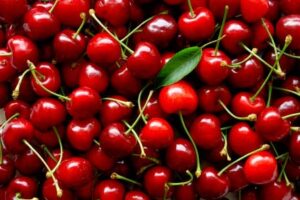 According to the National Sleep Foundation, almost six out of ten Americans report having insomnia and sleep problems at least a few nights a week.

Insomnia is defined as “An inability to fall asleep or remain asleep long enough to feel rested, especially when the problem continues over time.” In an effort to combat this, as many as 25 percent of the people in the United States try medications to help them sleep.

Most sleeping pills, especially when taken over long periods of time, can have multiple side effects. The drugs stay in the bloodstream, give a hangover effect the next day and beyond, tend to be addictive, and can increase the risk of car and work accidents. They can also impair memory and performance on the job and at home.  This results in greater numbers of people reaching out to find effective natural sleep aids.

In a study published in the European Journal of Nutrition, researchers found that drinking tart Montmorency cherry juice results in significant improvements in sleep. The juice contains several plant nutrients known as “phytonutrients” and is also high in the sleep-inducing hormone melatonin. The benefits of the cherry juice included longer sleep times, less daytime napping, and increased overall sleep efficiency (the ratio of the time spent in bed to the time spent sleeping).

In the placebo-controlled study, 20 volunteers consumed either tart cherry juice concentrate or a non-cherry juice drink for 7 days.  The researchers credited the benefits of cherry juice to its high natural melatonin content, which a hormone produced by the brain that regulates the sleep/wake cycles, with more melatonin being produced at night time.

The researchers concluded: “These data suggest that consumption of a tart cherry juice concentrate provides an increase in melatonin that is beneficial in improving sleep duration and quality in … men and women and might be of benefit in managing disturbed sleep.”

Regarding mineral-based natural sleep aids, calcium is also directly related to the cycles of sleep.  In one study, published in the European Neurology Journal, researchers found that calcium levels are higher during some of the deepest levels of sleep, such as the rapid eye movement (REM) phase.  The study concluded that disturbances in sleep, especially the absence of REM deep sleep or disturbed REM sleep, are related to a calcium deficiency.

When magnesium is deficient, chronic insomnia is one of the main, central symptoms. Sleep is usually agitated with frequent nighttime awakenings. On the other hand, a high magnesium diet has been found to be associated with deeper, less interrupted sleep. This was shown in a study done by James Penland at the Human Nutrition Research Center in North Dakota.

A balanced calcium magnesium ratio is important to overall health and these two minerals should be taken together for best results (in a two to one ratio with twice as much calcium as magnesium).

This natural health news is provided by Nutrition Breakthroughs, a publisher of nutrition articles and supplier of effective natural remedies since 2002. Nutrition Breakthroughs makes Sleep Minerals II, the effective natural sleep aid with calcium, magnesium, zinc and vitamin D, and also Joints and More, the natural solution for joint relief, aches and pains, stronger hair and nails and more energy.

Kimberly B. of Troy, Michigan says: “I have been taking Sleep Minerals II for about a month now. I have tried everything out there and this supplement is amazing. I have suffered with insomnia for 2 1/2 years. I have also had restless leg syndrome my entire life and this is the first relief I’ve ever had… gone for a month now.”