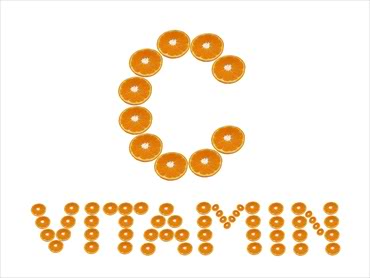 One natural remedy proven in a research study to relieve hot flashes may come as a surprise to some, as it is such a well-known, widely used vitamin with many benefits.  It’s the famous vitamin C.  The study was called “Non-Hormonal Control of Vaso-Motor Flushing in Menopausal Patients”, published in the journal: “Chicago Medicine.”  Vasomotor refers to the nerves and muscles causing blood vessels to constrict (narrow) or dilate (open). Extensive research indicates that vitamin C strengthens blood vessel membranes and acts as a potent antioxidant.  Antioxidants protect our tissues from deterioration and may help slow the aging process.

In the vitamin C study, a total of 94 patients were studied, all of who had reached menopause.  They were given 200 milligrams of vitamin C and 200 milligrams of bioflavonoids six times daily.  Bioflavonoids are the substance contained in the white material in the inside of orange peels.  Therefore each subject received 1200 mg of both the bioflavonoids and vitamin C each day.  The results were that  67% of the subjects reported complete relief from hot flashes and 21% reported partial relief, giving this combination an overall 88% success rate.

Mineral deficiency can also be a factor in contributing to menopause symptoms such as hot flashes and night sweats.  The pioneering nutritionist Adelle Davis writes of this in her book “Let’s Eat Right to Keep Fit”.   Davis says, “The amount of calcium in a woman’s blood parallels the activity of the ovaries. During the menopause, the lack of ovarian hormones can cause severe calcium deficiency symptoms to occur, including irritability, hot flashes, night sweats, leg cramps, and insomnia. These problems can be easily overcome if the intakes of calcium, magnesium, and vitamin D are all generously increased and are well absorbed.”

Jobee Knight, a nutritional researcher and founder of NutritionBreakthroughs.com in Glendale, CA., is someone who fought her own menopausal battle against sleeplessness and insomnia. She decided to put her background to use by searching out effective natural insomnia remedies for relaxation and deeper sleep. The result was Sleep Minerals II, a natural sleep aid that contains highly absorbable forms of calcium and magnesium, combined with vitamin D and zinc. The ingredients are formulated in a softgel and mixed with healthy oils, making them more quickly absorbable than tablets or capsules and providing a deeper, longer-lasting sleep.

Anita L. of New Caney, Texas says: “I was having hot flashes every 30 minutes to an hour through the night and was so miserable. After about two weeks of taking the Sleep Minerals, I noticed an incredible difference with my sleep. I have much less interruption from flashes, I’m sleeping much better and I’m a lot more comfortable.”