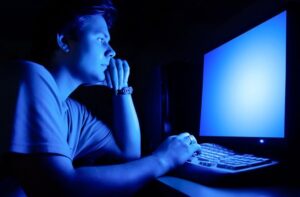 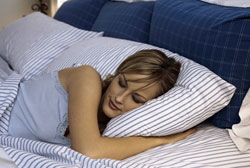 Included at the bottom of this article on natural sleep remedies is an informative new chart from the National Sleep Foundation.  It contains some interesting statistics on sleep and insomnia, as well as the common causes.  Insomnia is defined as the inability to fall asleep, stay asleep, return to sleep, or can include all of these.  When someone experiences insomnia for at least three nights per week for at least three months, it is considered “chronic insomnia”.

Forty million Americans experience insomnia each year and there is an increased prevalence of insomnia in women and older adults.  It can be caused by stress, anxiety, depression, or major life changes such as with jobs or relationships.  Other causes of sleeplessness include various medical conditions or poor sleep habits such as going to bed too late, consuming caffeine too late in the day, or using computers or cell phones too close to bed time.

Many natural sleep remedies are making the news headlines lately, with research and studies discovering ones that are drug-free and effective.  For example, one study called “The Nutritional Relationships of Magnesium”, found that the type of insomnia associated with a calcium deficiency causes difficulty with falling asleep.

On the other hand, the classical sign of magnesium deficiency is insomnia characterized by falling asleep easily, but awakening frequently throughout the night, with individuals finding themselves tired even after several hours of sleep.

Walking has been shown to help with insomnia. Studies at the University of Arizona found that walking more than six blocks a day at a normal pace significantly improves sleep at night for women.  Scientists suspect that this exercise helps set our biological clock into a consistent wake/sleep pattern, or that it may boost the brain’s production of melatonin, a chemical in the brain that’s produced at night time and encourages good sleep.

Tart cherry juice is another proven natural sleep remedy. In a study published in the European Journal of Nutrition, researchers found that drinking tart Montmorency cherry juice results in significant sleep improvements such as longer overall sleep time, less daytime napping, and increased overall sleep efficiency (the ratio of the time spent in bed to the time spent sleeping).  The researchers credited the benefits of cherry juice to its high natural melatonin content.

A handful of walnuts with dinner or in the evening can also improve sleep.  Russel Reiter, Ph.D., a professor of cellular biology at the University of Texas Health Science Center says, “Relatively few foods have been examined for their melatonin content. Our studies demonstrate that walnuts contain melatonin, that it is absorbed when it is eaten, and that it improves our ability to resist stress in the body and also keep the heart healthy.”

Natural remedies can be a strong force in the fight against insomnia.  Those with sleeping problems are encouraged to seek out and try ones that may assist them to get a regular good night’s sleep.

Here is the insomnia chart: 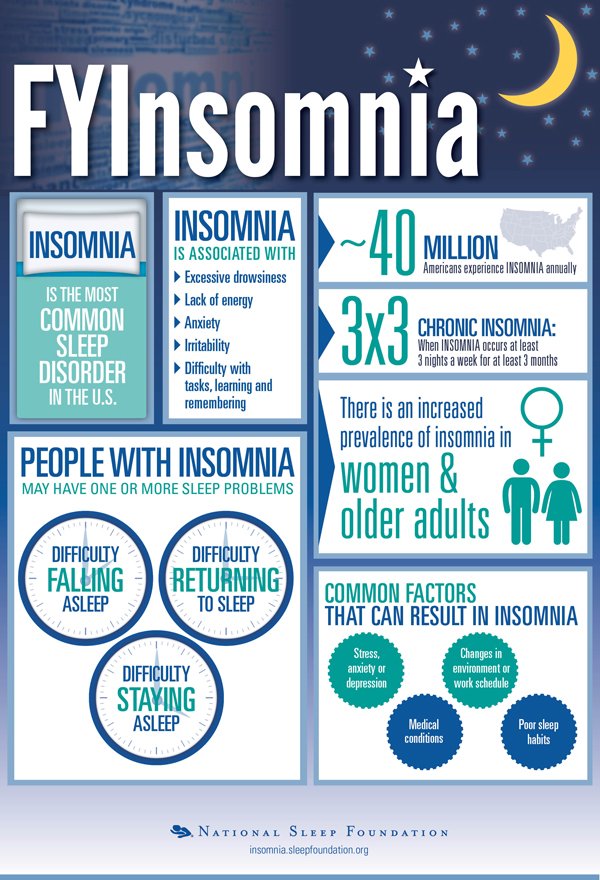