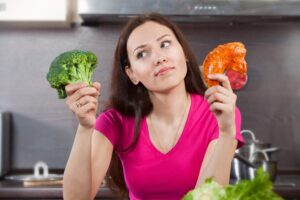 Here is a helpful chart that gives eight great sources of plant protein.  These include tempeh (healthy fermented soybeans), almonds, lentils, chickpeas, quinoa (the edible seeds of a gluten-free grain), peas, oats and spinach.  These high protein foods are definitely comparable to their animal protein counterparts, although some good fish, chicken and turkey are also healthful choices.

This health information is provided by Nutrition Breakthroughs, maker of the effective natural sleep aid Sleep Minerals II.  Here’s to your good health!