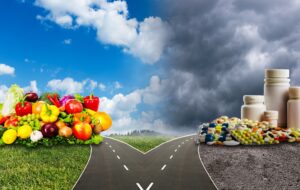 The “Sleep in America” poll results were recently released from the National Sleep Foundation. More than half of all Americans (60%) said they experienced a sleep problem every night or almost every night.

This ranged from snoring, waking in the night, waking up too early, or feeling unrefreshed when getting up in the morning. This overall increase in insomnia has been bringing people to their doctors, to stores, and to the Internet for solutions that may help them sleep better.

While most people would prefer to take a natural, non-addictive remedy without dangerous side-effects, there is a scarcity of effective natural options, as well as a lack of education and information available to people outside of their doctor s office. Often medical doctors recommend drugs, but unexpectedly, not always the usual sleep medicines.

A ten-year study to discover which drugs are used to treat insomnia was published in the journal “Sleep”. It found that prescriptions for sleeping drugs have decreased by 53.7%, but that antidepressants for sleep increased by a surprising 146%.

Examples of antidepressants that might be prescribed for insomnia are trazodone and amitriptyline. According to Health.com, the side effects of these medicines may include sexual dysfunction, weight gain, dry mouth and throat, racing pulse, confusion, disturbed dreams, and an increased risk of suicide.

The authors of the study from “Sleep” gave their conclusions and said: “Surveys indicate a stable or increasing prevalence of sleep disturbance. There has also been a dramatic shift to use of antidepressants in lieu of sleeping drugs (hyponotics) for the symptomatic treatment of insomnia, despite a paucity (lack) of data regarding their efficacy and the potential for serious side effects.”

Several research studies have shown certain minerals to be an effective natural insomnia remedy that helps people fall asleep and stay asleep through the night. Calcium is directly related to our cycles of sleep.

In one study, published in the European Neurology Journal, researchers found that calcium levels in the body are higher during some of the deepest levels of sleep, such as the rapid eye movement (REM) phase. The study concluded that disturbances in sleep, especially the absence of REM deep sleep or disturbed REM sleep, are related to a calcium deficiency.

Chronic insomnia is one of the main, central symptoms of magnesium deficiency. Sleep is usually agitated with frequent nighttime awakenings. On the other hand, a high magnesium diet has been found to be associated with deeper, less interrupted sleep. This was shown in a study done by James Penland at the Human Nutrition Research Center in North Dakota.

The study was titled “Effects of trace element nutrition on sleep patterns in adult women.” It’s important to note that a balanced ratio of twice as much calcium to magnesium is key to overall health, and that these two minerals should be taken together for best results.

Jobee Knight, a nutritional researcher and President of Nutrition Breakthroughs in Glendale, California, is someone who fought her own battle against insomnia. She decided to put her background to use by searching out effective natural remedies for better sleep.

The result was Sleep Minerals II, a sleep aid which contains highly absorbable forms of calcium and magnesium — the best minerals for relaxation, as well as for heart health, restless leg syndrome, bone strength, menopause insomnia and teenage insomnia.

It also contains vitamin D and zinc and is delivered in a softgel form with healthy carrier oils, making it better assimilated than tablets or capsules and providing a deeper, longer-lasting sleep.

Alex R. of Ramseur, North Carolina says: “Sleep Minerals II has been a blessing for me. It has given me the opportunity to withdraw from a highly addictive sleep medication over time, and has allowed me to sleep while going through this most difficult ordeal. What’s great about it is it doesn’t lose its effectiveness, which is something that happens with medications. I am most thankful for this product.”

Insomnia is a widespread problem. Let’s go back to the “Father of Medicine’s” original words in 400 B. C., when we would hear Hippocrates saying to his students: “Let thy food be thy medicine and thy medicine be thy food.”