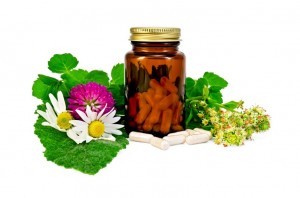 According to a recent study by the National Institutes of Health, 1.6 million American adults with insomnia have gotten a deeper, more restful night’s sleep by using natural sleep remedies.

The NIH study on Complementary and Alternative Medicine found that “A majority of people who used natural therapies for their insomnia reported they were helpful.”  Many adults who suffer with sleeplessness would prefer to avoid the side effects of sleeping medications such as memory loss, headache, nausea, depression, dizziness, confusion, hangover effects and possible addiction.

The results of a clinical trial of vitamin D supplementation was published in a recent issue of the journal “Medical Hypothesis.” The researchers followed 1500 patients over a 2 year period. A consistent level of vitamin D was maintained in their blood over many months which produced normal sleep in most of the participants, regardless of their type of sleep disorder.

This suggests that many different types of insomnia may share the same cause. During the research, the authors discovered the presence of high concentrations of vitamin D “receiving sites” or “receptors” in those areas of the brain that are related to the onset and maintenance of sleep.

When beginning to use vitamin D for sleep, it’s best to start with a small amount and take it early in the day.  For some people, vitamin D can increase energy and if too much is taken, it can cause insomnia.  This normally smooths out on subsequent days and one’s sleep will improve.

Valerian root has been used for restless sleep, as well as nervous tension and anxiety. Valerian is often combined with other mildly sedating herbs like chamomile, hops, passion flower and lemon balm. Valerian is an her-based sedative and can be overly-strong for some people.  Drowsiness, a hang-over effect, headache and stomach upset are known side-effects.  It may be unsafe to take while driving or operating heavy machinery and should not be consumed along with alcohol or sedative drugs. With so many other natural sleep aid options that are easier to manage, valerian root is usually not necessary.

Melatonin is a naturally occurring hormone produced by the pineal gland, which is located in the center of the brain. At night or in the dark, the pineal gland releases melatonin to regulate the sleep cycle. The body produces less melatonin with advancing age. While melatonin doesn’t require a prescription, it is a potent hormone. If too much is taken, it can make it more difficult to wake up and may result in daytime grogginess. It is best used under the supervision of a doctor and for a short period of time as it may suppress the body’s own ability to produce melatonin naturally.

Research from the International Journal of Molecular Sciences found that zinc concentration in the blood varies with the amount of sleep and that orally administered zinc increases the amount and quality of sleep in mice and humans.  Zinc should be balanced with other minerals when taken, such as calcium and magnesium.

Tryptophan is an amino acid (a component of protein) that is found in turkey, tuna, bananas, dates, oats and dairy products. It has been used for people with insomnia because it is converted into serotonin, a chemical messenger in the brain that’s involved in mood, appetite and sleep.

A related compound to tryptophan that occurs naturally in the body is 5-hydroxytryptophan (5-HTP), This may also be helpful for insomnia. Possible side effects with 5-HTP include nausea, stomach upset and decreased sex drive. It should not be used along with antidepressant drugs.

The minerals calcium and magnesium are a good choice for insomnia. In their best forms, these supplements are essentially concentrated forms of food. They are proven natural relaxants and provide additional health benefits. Calcium is directly related to our cycles of sleep. One study found that calcium levels were higher during some of the deeper levels of sleep, such as the rapid eye movement (REM) phase. Calcium causes the release of the sleep-inducing amino acid tryptophan.

Magnesium has been successfully used for sleeplessness. Regarding magnesium, probably no other single deficiency is so responsible for the widespread use of tranquilizers.

Calcium helps to strengthen bones, lower blood pressure, alleviate symptoms of premenstrual syndrome and protect against colon cancer. A possible side effect from taking too much calcium or magnesium is loose bowels, at which point less can be used.

Digestibility and absorption are important factors in selecting the best forms of calcium and magnesium to use. For example, Sleep Minerals II from Nutrition Breakthroughs is a natural insomnia remedy that contains highly absorbable forms. It also contains vitamin D and zinc and is delivered in a softgel with healthy carrier oils.  This makes it better assimilated than tablets or capsules, and provides a deeper, longer-lasting sleep.

Tammy M. of Meridian, Idaho says: “I was plagued with insomnia for five years and desperate for a breakthrough. Nothing has helped me more than Sleep Minerals. I’m so sold on them I could go door to door promoting them. I’m 60 years old and have never slept so soundly.”

Richard P. of Parkville, Maryland says: “The Sleep Minerals are making quite a difference. I was regularly waking up at around 3:00 a.m. and after a few days use my sleep improved quite a lot. I wake up once a night to go to the bathroom, but the great thing is, I then fall back asleep and sleep several more hours. This has been a great improvement.”

The National Institutes of Health study confirms that millions of people are benefiting from natural remedies for insomnia. Indeed, these are far better than using drug-based, potentially addictive chemicals. One good tip is to seek remedies that not only help you sleep more deeply, but also have additional benefits to your overall health such as Sleep Minerals II.

What are some natural sleep remedies without melatonin?

Calcium and magnesium are a good choice for insomnia. They are proven natural relaxants and provide many additional health benefits. Calcium is directly related to our cycles of sleep. One study found that calcium levels were higher during some of the deeper levels of sleep, such as the rapid eye movement (REM) phase. Calcium causes the release of the sleep-inducing amino acid tryptophan.

What are natural sleep remedies when pregnant?

Magnesium is one of the best sleep remedies for pregnant women. It helps to relax the muscles and balance the calcium we eat in foods such as dairy. It also strengthens bones and helps balance blood sugar levels. Taken at dinner time or bedtime, it can be a safe and effective sleep remedy for pregnant women.