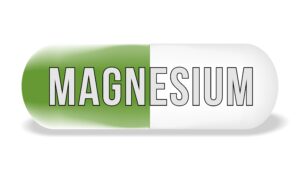 Magnesium: Sleep Better and Reduce Insomnia — from the Poliquin Group

Magnesium has a calming effect on the nervous system, meaning that if you are deficient your heart rate and nervous system will be sent into overdrive. Additionally, lack of magnesium has shown to alter electrical activity in the brain, causing agitated sleep and frequent awakenings.

A recent study of people with poor sleep quality as measured with the Pittsburg Sleep Quality Index found that taking a magnesium supplement decreased chronic inflammatory stress levels and improved sleep quality.  The researchers suggested that adding magnesium to their diets decreased the participants’ nervous activity, effectively reducing stress and allowing them to relax.

Take note that in this study, lower magnesium levels were also associated with a higher body mass index, indicating the connection between body fat percentage and magnesium levels.

At the same time, stress hormone concentration increased—an indication of nervous stimulation—which was suggested as the reason for the diminishing magnesium levels. Meanwhile, heart rate was elevated after a fatiguing exercise test, lending support to the connection between low magnesium, high stress, and anxiety.

TAKEAWAY : Take Magnesium to help you sleep restfully throughout the night and de-stress.

Comments from the blog author Nutrition Breakthroughs:  Regarding the use of minerals for better sleep, one study called “The Nutritional Relationships of Magnesium”, notes that the type of insomnia associated with a calcium deficiency causes difficulty with falling asleep. The classical sign of magnesium deficiency is insomnia characterized by falling asleep easily, but awakening frequently throughout the night, with individuals finding themselves tired even after several hours of sleep.

It’s important to note that a balanced calcium magnesium ratio is important to overall health, and these two minerals should be taken together for best results (in a two to one ratio with twice as much calcium and magnesium).  The original research on this recommended ratio appeared in 1935 in the Journal of Physiological Reviews.

In addition, a softgel form containing healthy carrier oils mixed with the minerals is more digestible than tablets or capsules, and provides a deeper, longer-lasting sleep. One formula that has these qualities and is gaining in popularity with people of all ages is Sleep Minerals II from Nutrition Breakthroughs.  Sleep Minerals II contains highly absorbable forms of the best minerals for relaxation — calcium and magnesium, combined with vitamin d, zinc, and heart-healthy rice bran oil in a softgel.